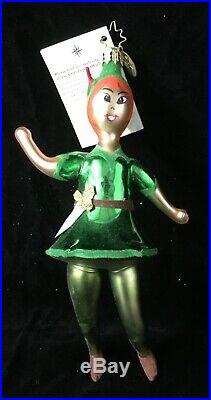 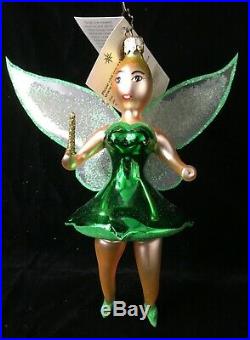 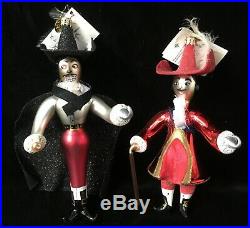 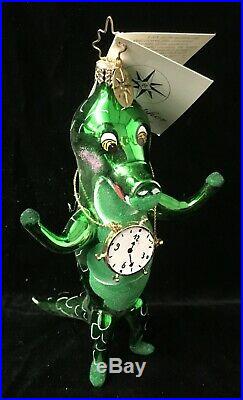 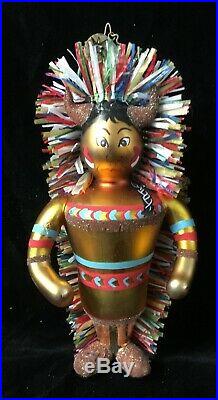 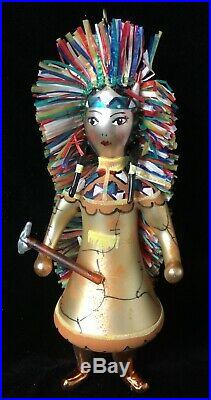 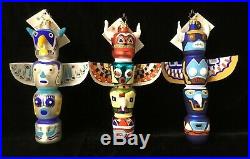 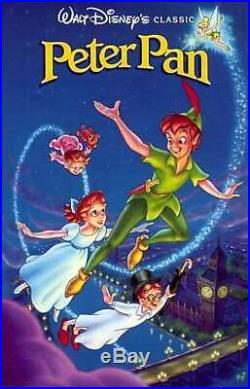 RARE COMBINATION From Christopher Radko’s Italian Flair Collection : Complete set of (12) Peter Pan ornaments from Radko’s 2003 collection. #1010562 “Never Never Man” (Peter Pan) 7 Tall. #1010563 “If You Believe” (Tinker Bell) 6.5 Tall. #1010567 “The Brothers Hook” (Captain Hook – 2 Versions) (Set of 2) 7″ & 7 1/2″ Tall. #1010569 “Tick Tock Croc” (Tick Tock The Crocodile) 6 1/2 Tall. #1010560 “First Rate Mate” (Smee) 7 Tall. #1010564 “She Can Fly” (Wendy Darling) 6 1/2 Tall. #1010561 “Big Bull” (Big Chief) 6 1/2 Tall. #1010565 “Tiger Lily (Tiger Lily) 7″ Tall. #1010570 “Totem Treasures” (Totem Poles) (Set of 3) 7 Tall. Complete set of 12 Peter Pan ornaments from Christopher Radko’s 2003 Italian Flair Collection. Peter Pan is the timeless tale of a boy who can fly and never grows up. Peter Pan spends his never-ending childhood immersed in adventures on the mythical island of Neverland as the leader of the Lost Boys while interacting with Fairies, Pirates, Mermaids, Native Americans and occasionally ordinary children from the outside world, such as the Darling Children of London. The character Peter Pan was created by playwright and novelist J. Barrie and made his first appearance in Barrie’s 1902 novel The Little White Bird. The character reappeared in Barrie’s 1904 stage play Peter Pan, or The Boy Who Wouldn’t Grow Up and again in Barrie’s 1911 novel Peter and Wendy. Since then Barrie’s beloved characters have been adapted and expanded upon numerous times in books, television series and films, notably Walt Disney’s 1953 Peter Pan. Christopher Radko’s imaginative take on characters from Peter Pan was produced in Italy in 2003. The ornaments in this set pay tribute to the work of J. Barrie as well as to the fancies of childhood through imaginative shapes and colorful and detailed decorations. They were mouth-blown and hand-painted in Italy by artisans employing the best lacquers and glitter. As the pieces were free-blown they required the skill of extremely talented glassblowers. Decorators crafted and applied a variety of unique handmade attachments for the pieces. These sort of attachments are are unique to Italian-made ornaments. This complete set of 12 ornaments references characters known the world over, yet with strikingly original forms and vivid decorations. They are at once classic yet unexpected and fresh. The ornaments are new, have never been displayed and come with attached charms and hangtags and in Radko collector boxes. The item “Christopher Radko Italian Flair Peter Pan Complete Set 12 Ornaments 2003 New” is in sale since Tuesday, October 15, 2019. This item is in the category “Collectibles\Decorative Collectibles\Decorative Collectible Brands\Christopher Radko”. The seller is “davi9095″ and is located in Madison, Wisconsin. This item can be shipped to United States.